We have been receiving many questions about spices lately, perhaps due to the re-emergence of our inner chefs during the pandemic.  We consider ourselves to be experts on spices; not only because our name has the word ‘spice’ in it, but because our origins are steeped in spices, and because we still source only the highest quality seasonings for our meals.

A little history: our founder Sushil Malhotra supplied South Asian spices and chutneys to New York’s curry houses in the 1990’s.  He then went on to run a fine Indian restaurant—one that spent fifteen years as the #1 rated Indian restaurant on Zagat.  Today, our Culinary Director, Hari Nayak, one of the most sought after chefs in North America, continues the tradition of using fresh ground spices, while tying in a modern twist to our global cuisines.

At Cafe Spice, we believe that adding spices to food can make a huge difference to our overall eating experiences.  Below are a few of the spices we use.  We also included regional specialties featuring these spices, and the spices’ engaging aromas and flavors—all to better portray why we have chosen each one to help create our delectable dishes.

Chili powder is one of Chef Hari’s three favorite spices.  It adds a warm heat to any dish, and also lends its vibrant red color to make food look that more appetizing.

You might expect to find red chili powder in our Cafe Spice Chicken Vindaloo, but did you know that it also flavors our Saag Paneer? That’s versatility!

(Use it in chili, beans, casseroles, and meat recipes)

Chef Hari Nayak counts cardamom as another one of his three favorite spices. He says in his cookbook, My Indian Kitchen: “This versatile spice is used in a wide range of dishes from Indian curries to desserts and teas.”

Cardamom is widely used in Indian food.  Cardamom accents the sauces of our Vegetable Korma and Chicken Vindaloo dishes. If you haven’t tried our Saffron Rice, the accompaniment in many Cafe Spice dishes, you’re in for a treat—whole cardamom pods!

Cinnamon is the dried inner bark of the laurel tree.  A major ingredient in ‪Indian food, it is used to flavor and add fragrance to curries, rice, and teas.

Cinnamon can be found in many Cafe Spice items, such as our Chicken Vindaloo, Chicken Curry, Channa Masala, and Saag Paneer. Our Vegetable Korma has both cinnamon powder and cinnamon sticks!

We use turmeric in Cafe Spice’s recipes to give our food a warm aroma and a bright color.  What would our award winning, Chicken Tikka Masala, and several other signature dishes be without it?

Cloves are the unopened, dried buds of the evergreen clove tree.  Chef Hari Nayak uses this spice to add fragrance to Cafe Spice rice and grain recipes, as well as an ingredient in garam masala, a spice blend frequently used in Indian food. In addition, cloves appear in the sauces of our signature dishes, including  Saag Paneer and Vegetable Korma.

A member of the parsley family, fennel is used in both savory and sweet dishes.  The seeds are often sugar coated and eaten as a snack.  Fennel plants can be seen growing on roadsides in many parts of the world and are nibbled by travelers as a snack.  Chef Hari loves fennel and counts it as the final one of his three favorite spices.

(Use it in roasted vegetables, pork, chicken, soups, pot pies, dressings, and salads)

Chef Hari Nayak uses the licorice-flavored seeds found in the star-shaped pods of star anise to add flavor and aroma to savory or sweet dishes.  It definitely gives them a shot of star power!

(Use it in mulled wines, cookies, punches, sorbets, spiced chai tea, and granitas)

(Use it in dips, chili, stews, meats, vinaigrettes, roasted vegetables, and glazes)

This has been called the world’s most popular spice, used in cuisines throughout the Western and Eastern hemispheres.  The leaves are known as cilantro and can be found in our Chipotle Pulled Pork Burrito and our Tomatillo Chicken Burrito.  Cilantro is often used as a way to balance hotter flavors.  The seeds of the plant are called coriander and are small, round, and peppery.

Mustard seed is a spice that evokes the beauty of a waving field of mustard flowers on a midsummer’s day.  Chef Hari uses black mustard powder in curries and pickles, while he uses whole toasted black mustard seeds in many other dishes.

(Use it in mac and cheese, baked beans, deviled eggs, dips, ribs, meatballs, and pork recipes)

Fenugreek is an ingredient in both Cafe Spice’s Saag Paneer and Vegetable Korma. With its slightly bitter taste and distinctive scent, Chef Hari uses fenugreek to round out and balance the sweet and savory notes in an Indian dish.  For those who have not tried fenugreek, its seeds smell and taste similar to maple syrup.  Fenugreek leaves are often eaten in India as a vegetable.

(Use it in okra, curry, falafel, sausage patties, enchiladas, nachos, and burgers)

We hope this article helps give you some more knowledge about the world of spices!  At minimum, we hope it inspires you to add a few new spices to your cabinet, which of course will then lead to trying new recipes, and soon your inner chef will be here to stay!

We'd love to hear about your favorite spices or newly inspired recipes from some of the ideas in this article.  Leave us any comments below.  Happy eating! 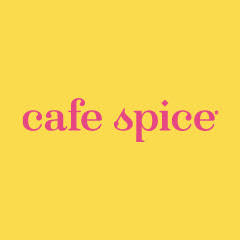